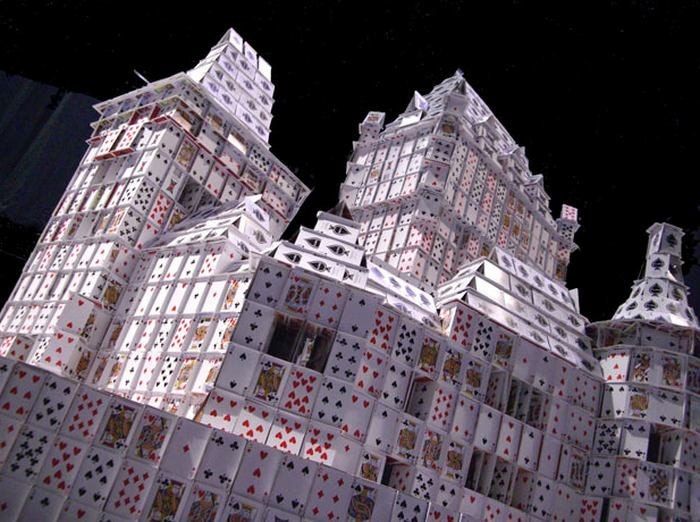 A while back, I was having a conversation with a young lady that works for my business. She’s had a very difficult life by my measure, but has a remarkable resiliency. She’s was raised in a Christian household but is open and comfortable hearing about other points of view on spiritual topics and we have a lovely connection entirely outside the scope of our business relationship.

I offered up the notion from Bhagavan Adi Da’s teaching that while we appear to exist and function as separate beings, that the apparently separate consciousness that each of us actually seem to be experiencing when we’re thinking, feeling, or having a conversation like the one we were just then engaged in then, is in fact, the one and same consciousness. It is consciousness itself.

The moment allowed us to share a feeling of relatedness that was a natural extension of the conversation we’d already had in which I learned about her life history that included significant and repeated loss of loved ones.

Later that day or the next, I was reflecting on our conversation and my words trying to echo Adi Da’s communication of prior unity, when I considered the ramifications of the idea that there is only the one consciousness behind each of our eyes.

The first thought that came up was related to the Christian notion that god is all knowing. If the same consciousness that resides behind my eyes is identical to one behind her eyes, I wondered, why does Adi Da, who is this very consciousness itself not seem to “know everything” or is not all knowing?

Curiously, when thoughts like these arise for me, I don’t entirely feel as though I am thinking them. I continue to enjoy a lovely noticing position apart from the objects of attention like thoughts that I, as Cage, “think”. They kind of float across my awareness without capturing my entire attention. While I think, I’m also feeling Beloved and His current of Love-Bliss and Ecstasy are resident in my feeling.

So when thoughts, like, “why does consciousness not seem all knowing” register in my mind, I rarely feel threatened by their content or particularly bothered by them as though they are arguments I need to take up. They just float to my awareness, as this notion did while I was in the kitchen, waiting for water to boil for tea.

Then I felt the obviousness of the answer arise from Adi Da’s teaching and my growing self-understanding. “Knowing” in the common human sense is a fiction. It’s a function of self-contraction. There is absolutely nothing that can be known in the ULTIMATE sense using the human mind or as a consequence of thinking.

There is nothing to “know”. All experience that registers in consciousness or is witnessed, is already a function of self-contraction. It’s already not the Real by the mere fact that there is a Cage who noticed it as a separate something like a thought or feeling. All knowing is relative, contextual and conditional. Like time is relative to the speed of light.

And all knowing in the context of Cage is built on the house of cards we call language. Like the words used to think, “is god all knowing?” are entirely conventional. They have no absolute independent existence outside the context of a fictional self who thinks he exists in the first place.

Which is the official language of “all knowing”? English? Which version, British or Jamaican English? It’s rhetorical, of course, asking questions like this, because when considered in this way, it’s obvious that knowing in an absolute sense with words is a naive notion.

As I consider what next to write, I can feel the polemics that are a natural part of language itself. An argument wants to spring forward from the very structure of language, which is the structure of my thinking.

But when I was considering this idea of “all knowing” that day, there was an incredible depth of silent feeling as answer. I was awash in ecstasy and no words arose, but instead this kind of direct “knowing feeling”, “tacit” as Bhagavan mentions so often, was enjoyed.

Knowledge in the human sense is an illusion. Knowing as we traditionally consider it is a point of view fabrication, possibly having arisen in the conditional world for the purposes of species survival. In the theatre of separate selves, such knowledge is useful, but when I’m merely feeling, blissful in the Grace of the Divine, the heart is felt as the freedom from all pursuits and the felt certainty that my usual sense of knowing is not True. 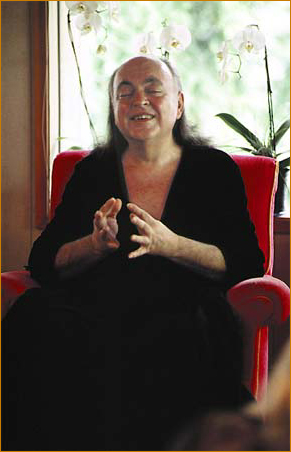