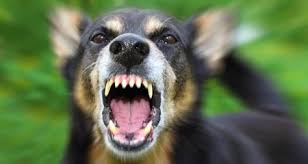 Adi Da Samraj makes this statement, “the pattern becomes obsolete“, many time in his teaching but until you’re in the middle of it, it’s hard to understand what He means. It’s more of a, “you’ll recognize it when you see it” situation.

When feeling this sweet current of Being that is The Beloved and any of my more overt contracted inclinations show up, instead of heading straight off in the direction of the accompanying thoughts like a dog chasing a car, I notice in that moment the blissfulness start to recede or at least become more muted. And then because of a growing self understanding, which is also a gift of Adi Da’s Grace that seems to have arisen simultaneously with the growing felt relationship to Reality, the momentum in the pattern loses its force. The dog and the car dissolve as feeling attention returns to Adi Da in those moments.

But this doesn’t happen strategically like it did when I first discovered Adi Da back in the mid 2000’s. I remember one time driving down Granville Street in Vancouver with my beloved friend, Aha!, when I was enjoying a deep spontaneous breath that filled my lungs all the way to the bottom of my feet. You have no idea how shallow you’re breathing in life until you have a deep spontaneous breath like that. If and when you have one, you’ll know it when you see it.

Curiously, when I had these deep breaths fill me, they happened when I wasn’t trying to breath deeply, nor, I think, trying much of anything. That’s why I refer to them as though they happened to me rather than something I was responsible for. Anyway, right after having one of these, something about how relaxed the body had to have been to allow the breath to happen, I also became aware of an incredible tightness in my solar plexus above my stomach muscles and just below the rib cage. That tension was, no doubt, there all the time, but it stood out like waves breaking on a rock near shore when these deep breaths washed down through my body.

With one hand on the steering wheel, I pushed down on this tightness with my other hand almost like trying to push it down to where my breath finished below my guts. Aha! looked over and said something like, “What the hell are you doing?”, not out of consternation, but just loud and irreverent as he often was. I explained about the breaths and the tight spot in my chest and how I was trying to relieve the pressure I felt there.

As always, he was loud, loving and cryptic. At the time I just laughed with him as we continued down the road. I remember those words and the way he said them so clearly. I knew he was right even though at the time I didn’t entirely understand what he meant or how to do it.

One of Adi Da’s principal communications about we separate selves is that we’re always “seeking” to relieve our suffering, but the seeking itself is the root cause of the thing we’re seeking relief from. He says it’s as though we’re pinching ourselves and if we could see that was the cause of the pain, we could then simply stop pinching.

Well, Aha! was pointing to that. The tension I was feeling was my own action and trying to move it forcefully was holding it in place. At that time then, I’m sure I tried to actively let it go, to will myself to release the tension through relaxation or by distracting myself so as not to think about it. That’s a little like telling someone not to think of a “purple elephant” (which, of course, they immediately visualize, like right now mine looks like a Disney character).

Recently, with the new stage of my sadhana these breaths have been sweeping across the landscape of my body again. And as happened then, at times I notice the tightness in my solar plexus, but unlike then, self understanding has taken greater root and the certainty that I am this body is no longer as forceful. What does it matter if there is tightness in my solar plexus or not? For that matter, why give attention to the breath sweeping across my body?

Both thoughts and reactions are part of the pattern. When identical to the body, naturally I’d want to feel these lovely breaths sweep down across me. And that knot in my chest is an impediment to the free flow of the breath so it’s gotta go. But I’m not identical to the body and even as these thoughts begin to arise like the dog starting to bark at a passing car, my feeling stays with Beloved and the patterned effort to either enjoy the breath or relieve the tension gets the volume turned down on it. The pattern is becoming obsolete.

Still, the reason for this blog on this topic is that the pattern still exists to some degree. I keep waking up as Cage and I have noticed this play in my being. I notice how it’s taken a different course than in the past but it’s not gone. As Adi Da also says often, the development of the “Way” of Adidam is progressive. I can say for sure that there’s a different Relationship in place today than there was previously. I’m not free now, and perhaps not even “free-er” except relatively.

None of that matters. There’s no way to perfect our situation as bodies in the world of separate beings. My understanding of the Relationship with Reality itself, which is the Relationship with Adi Da Samraj as He Is, right now, prior to the patterns arising and felt as ecstasy and bliss, is becoming more distracting than my barking dog patterns. I begin to see this more and more clearly even in the moments that the more forceful patterns arise, particular in how quickly they dissolve.